M.S: Hi Mark, thank you for your time it’s a pleasure talking to you, we hope you are safe and ok

Thank you too for having me, I’m hopefully safe and healthy, and my family too, so, I’m glad about that

M.S: Talking about beginnings, as Epica creator, how do you see the evolution and success achieved in these 18 years?

Yeah, when I look back at the first years we had the challenges that every beginning band has. I remember that the first shows we did we had something like 30-40 people crowd, and so we had to build it from the very scratch, and luckily very quickly we had a quite decent fan base that kept following us, and during the years we could try a lot of… improve our sound a lot and try to record with the way we wanted, finally with a real orchestra the last two albums, so I see the evolution as a natural one and that every album we recorded the maximum, with all the possibilities we had at the moment, and that’s also why I’m still happy with every album that we recorded. There’s not a single one that I say “Oh, here we really did a shitty job.” We always try to get the best out of ourselves, and that’s energy that I still feel in the guys around me and I’m also very happy to still feel that, and that’s also something that I want to keep alive in Epica, that we always keep feeling that eager to make the best possible album. 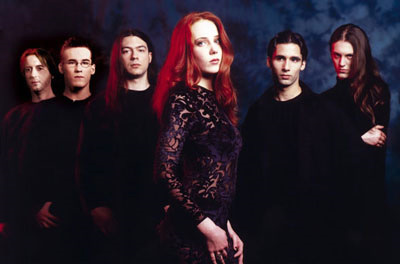 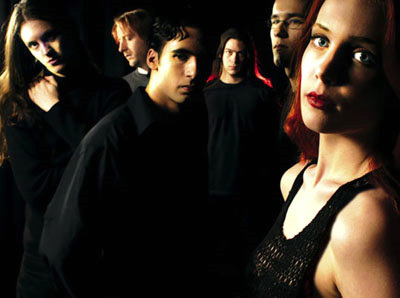 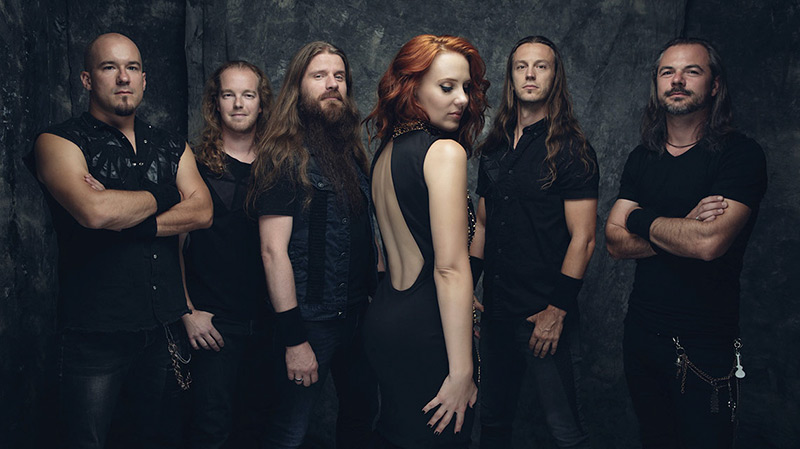 M.S: Normally you would release an album every two or three years, but with this Omega took you five years in addition to the lockdown delay… What does this album have that it took so long?

Several reasons; first reason is we did also a kind of sabbatical break after the tour of “The Holographic Principle”, and during the break we were still on the book that we released, the Epica book, and we released also 2 EPs, one EP with bonus tracks that were leftover from “The Holographic Principle” period, and re-released one EP “Attack on Titan”… so a lot of stuff happened in between, but we thought it was wise to use our time to write the best possible album. I had the feeling if we would start to write too fast, the new album, we would have maybe… have a less quality end result, because we first needed to recharge the batteries fully in order to be refreshed and fully eager to work on that album. And now we are completely satisfied how “Omega” is. And if it takes 5 years, now it also doesn’t matter anymore to release every two years and album, the band is established, has a certain fan base, so I’m not afraid that people will forget us in the meantime. It’s… on the contrary, people are more eager to hear new work, because it took so long.

M.S: At the moment we can see that “Abyss of Time” is a spectacular video. Have the details been taken care of more than other times?

Yeah, we worked with Grupa 13, from Poland, and they are a very professional team who make videos, and we had several options to work with groups for the video, but this one we had the best feeling, and they really paid off our expectations, because it was a very pleasant way of working with them, they work fast, so you don’t have to wait the whole day for doing nothing like often happen in video sets, you do have a perfect schedule and then they call you when they need you, and it’s very well prepared. And we’ve shot also another video with them that will be released… one of the upcoming time before the album release, “The Skeleton Key” song.  That’s a video that I’m even more happy with the result so… I’m already happy with “Abyss of Time” but the other one, “The Skeleton Key” is for me the perfect Epica video. So hopefully the fans don’t have to wait too long. I don’t know exactly when is going to be released, but that video I’m looking even more forward to. 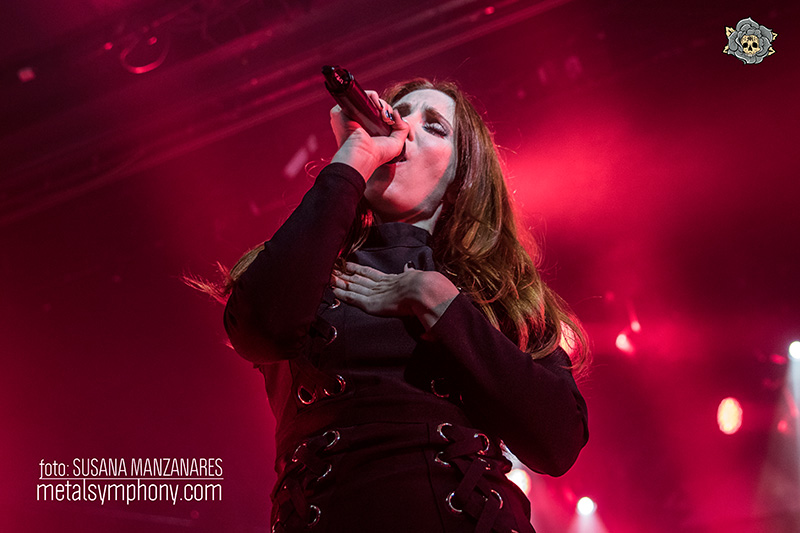 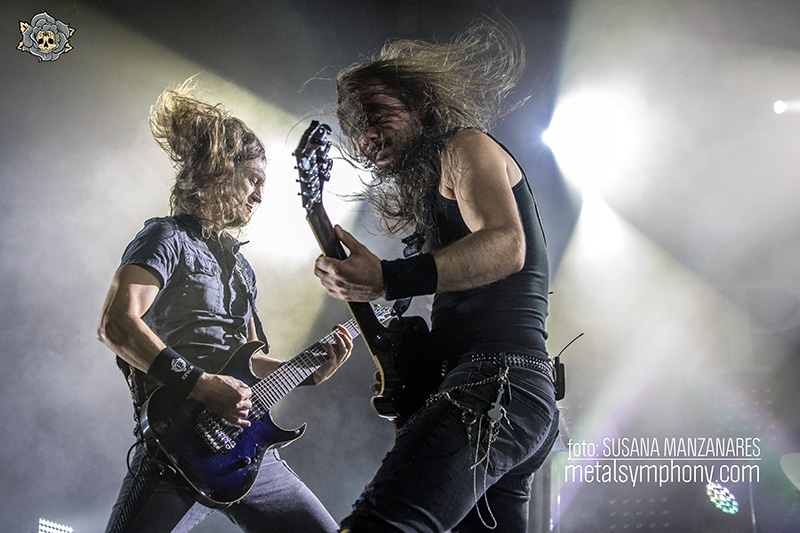 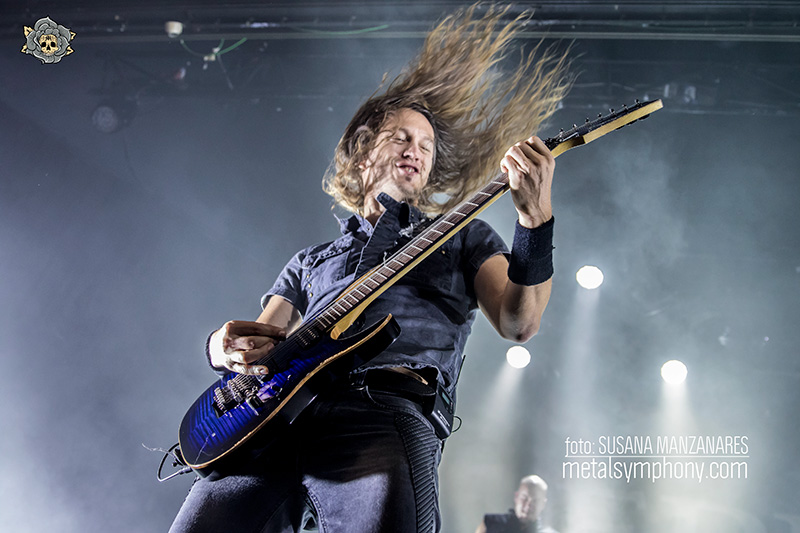 M.S: Joost Van de Broek continues as producer for this new album, what is it like working with a genius like him?

Yeah, he’s like you say a genius, and that’s also how I see him. I know him already for a very long time, back in the days when you was in Sun Caged that was one of his first bands. I know him already from that time, and then after he joined After Forever. I was already out of the band, but we saw each other at festivals, and I remember when we started working with him he was not yet a well-known producer, but he already had a lot of knowledge, we could see that, but during the time he worked with us he developed himself a lot, and he became also a really great mixer, so he was already a good producer, but now he also became a very good mixer. The “Omega” album is the first album he also mixed of Epica, now he’s producer AND mixer. It’s really amazing to work with this guy, because he’s not only a musical genius but also he’s very good with keeping a schedule tight, when you make a schedule with this guy you can be sure that he makes the schedule with you, and he keeps you on all the appointments that you have with him. He’s very precise with everything and he can be even a pain in the ass because he’s very precise (laughs). He’s doing it for the best end results so is he’s forgiven for that (laughs).

Yeah, definitely Omega is an end, but every end is also a new beginning. At least is our philosophy, because everything goes in circles in this universe, so the planets, the change of seasons, life and death… everything goes in circles and when something dies it goes to dust and from the dust something new gets born and that’s the beauty of this universe. So “Omega” stands especially for the Omega Point theory, that’s a theory from a French priest who said that, his theory was that everything in the universe is faded to spiral towards one point of unification, so like we started in this Big Bang and can also be that in the end everything comes together into one point again. That also would be like a circle. And then also death would, for me, not be the end of anything, but just like a spiral, you go like one level up and it starts all over again in a different way, and that for me is the beauty of Omega. That is every end is the challenge for the new beginning and then the best can be used to build and use as a foundation for the next layer. 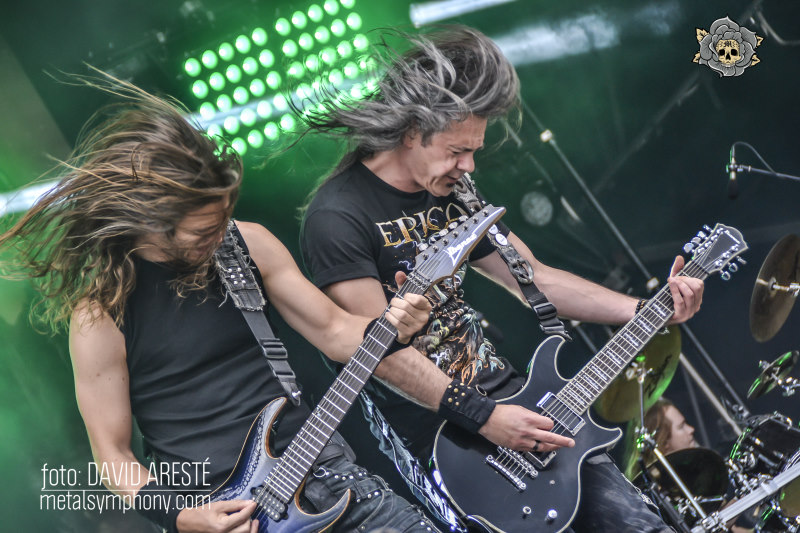 M.S: This has been the tenth album you have recorded in your entire career. When a recording begins, do you have the same feelings as the first day?

Yes and no. I think when, the first day everything was new and then you have a kind of innocence feeling towards it that you never can feel again because when you do something for the first time, whatever you do, something very… that makes you very happy, when you do it for the first time, even though it still makes you very happy you later on, you’ll never get exactly that feeling anymore that when you did it for a first, for the very first time. So the very first album that we recorded with After Forever, and very first album we recorded with Epica, that unique feeling you never feel exactly like that again. But every time we record a new album, I’m still very excited, I’m still very happy. That is something that never changes.

M.S: We don’t know if it depends on you or the promoters, but your tour has passed to 2022 due to the pandemic, we assume that to ensure that the concerts are held. Does that mean that if there is a possibility we will see you at a Festival in 2021?

Yeah, there’s still… We are getting booked for Festivals, and even though also the festivals is not sure at this point if they’re going to happen or not, but for us is a matter of… it’s beyond our control, so if they happen we are ready, we will be ready, and if they don’t happen, then we have to patiently wait for the next opportunity. So we look at it like this that is completely beyond our control, this pandemic is very unpredictable, sometimes suddenly there are new mutations and then is spanning again. I personally I’m very realistic standing in it and it might take a long time before it’s solved, that’s possible, and in the meantime you’d be focused on the things that we have influence on, that is like the new album, and luckily at least this album gets released now pretty soon, and I’m also very sure that the fans are very much waiting for this album, and that music in this hard times can be of relief, and I also get a lot of messages from people that are looking so forward to the album that even that they feel like, some people feel very bad with all the things going, that music for them is like a light in the darkness. So I’m really happy that at least our music can serve such a purpose that it is for people to have something to look forward to. 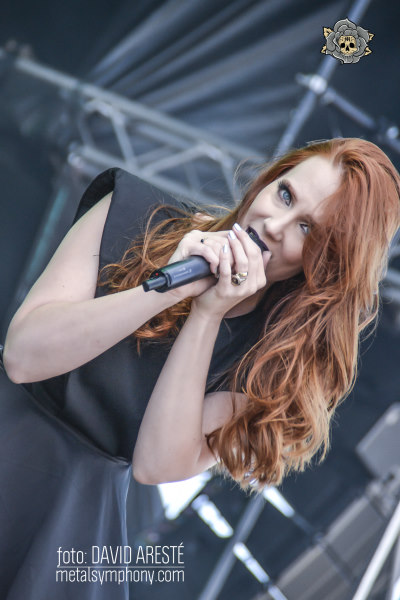 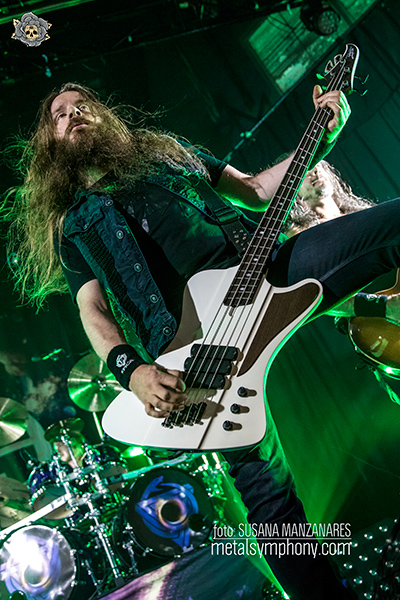 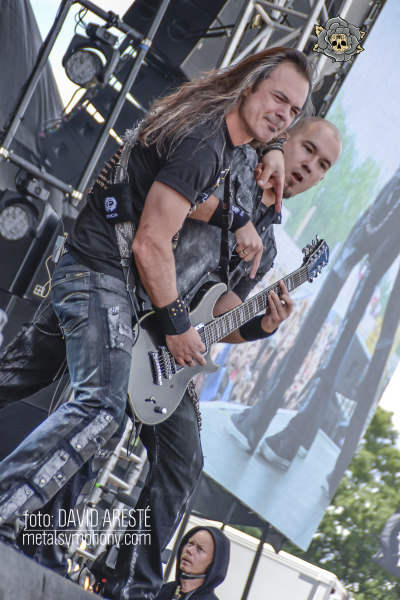 M.S: Were you able to finish the special “Design your Universe” tour…?

Yeah, almost, there were a few shows in South America that we couldn’t play and they were postponed, then the pandemic hit and we were not allowed to travel… All these lockdowns… So, 90% of the shows for the “Design your Universe 10-year anniversary have been played, yeah.

M.S: Ok, then, we have reached the end of the interview. Thank you for your time.

M.S: If you want to say something else, this is the moment. Good luck with this “Omega”, and see you soon on stage. Thank you so much Mark.

Thank you very much. Yeah, the last thing I would like to say is to people during these hard times… Don’t give up, because eventually this will end, even if it takes a while, eventually this will end and what will come after will be something more beautiful. We always see in the history of mankind that when something really chaotic happens, even as bad as the Second World War for example, after the Second World War there was a time of prosperity and beautiful beautiful things and a lot of possibilities. So I would say to the people don’t give up, and eventually the great time will happen.

M.S: Thank you so much again and see you soon.

See you soon and have a good evening.