After seeing her in the «Hell’s Food» section of the past HellFest from Home and seeing that she has two published books relating metal music and cooking recipes, they were more than enough reasons to meet Audrey Basset … gastronomic influencer, designer, photographer and many more things that he tells us in the following statements …

M.S: Hi Audrey, it’s a pleasure to have you on our site, how are you?

I’m pretty good actually ! Really happy of being soon in holidays. This past month and year were really busy for me with lots of cool projects. The many lockdowns allowed me to be studious and focus on my new projects, working on podcasts, photographs, videos, new recipes and books. And listen much more music too !

M.S: These days we have seen you through Hellfest from Home, how was the experience? Have you had any kind of statistics on how many people have seen your collaborations?

Honestly, I couldn’t dream better ! When I made my fist cookbook 2 years ago I sent it to Ben Barbeau and the Hellfest team for they know my rock and metal recipes concept. I would never imagine to be invited as a guest without playing in any metal band on my favorite festival.

The show was filmed at the Hellfest office, kind of paradise place, full of guitars and big skulls sculptures everywhere. I was welcome as any other band artist, and the team is so nice.

I also had the chance to meet Christian, guitarist of my favorite French band Gojira, such a privilege to chat with him for real and show him the special recipe I made for the band : the Goji(ra) berries. Those guys are big international stars but such humbly.

Actually I checked on youtube there’s about 5k who’ve seen the vidéo, it’s so great ! 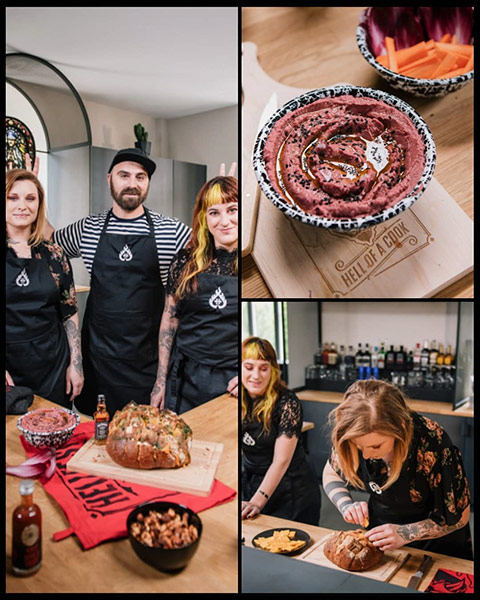 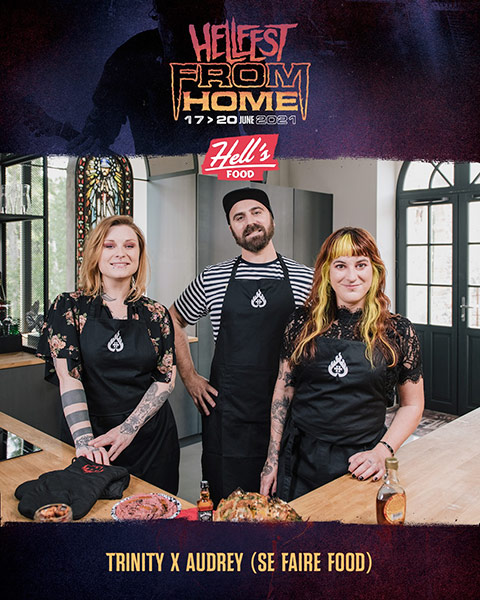 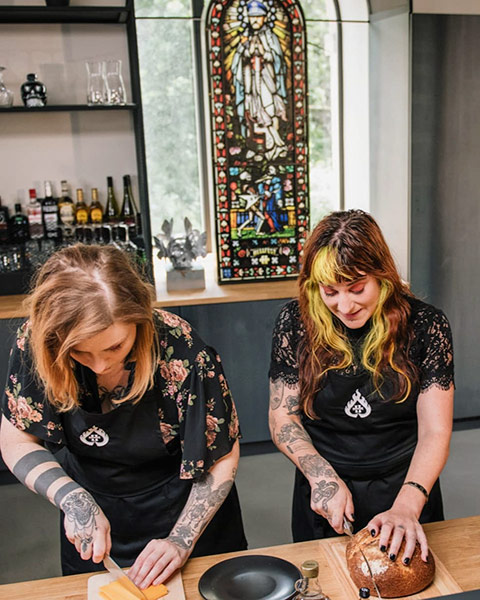 M.S: We don’t know if this kitchen section will have continuity with new videos, in the next editions of the festival … Did you see it necessary for a festival to bet on «really» mixing metal and gastronomy?

This kind of video was specially made because of the lockdown and was such a good idea to me as I make my book on this thematic, and the festival is really attached to have really good food on place.

As a vegetarian/vegan you can find really anything to eat on Hell’s Food Court, really good and local selection. It’s a great moment when you starts starving after a big concert and you share a big meal and beer with your friends.

People are really attached to food, my generation even more with streetfood that’s what I prefer : eating with hands and put sauce everywhere !

M.S: For those who do not know you, introduce yourself to our readers … tell us how you get into the world of gastronomy and how long have you been a rock / metal fan …

I’m Audrey, I’m French and my artist name is Se Faire Food (which mean kind of « Go food yourself » in french) After 10 years as graphic designer and art director I would make my own business and had the idea to combine my skills and all my passions of food and music in coobooks.

I started to listen to rock music during my childhood, I discovered Queen on TV and started to become a big fan at the age of 7-8 playing air guitar in the living room ! Then in middle school it was Nirvana and all 90’s band as Offspring, Rage Against the machine or Soundgarden.

I really start to listen to metal bands at 14 when I discovered bands like Korn, Deftones ans Marilyn Manson, it was a big slap in my face ! And I was the only girl to listen Metal and Punk music during all my teenage hood, dressed in black or wearing baggy’s (so 2000) and I was always hanging out with boys.

Everyone in my family, teachers and friends said that this music and look will pass with the time… 20 years later I show them it’s not ! 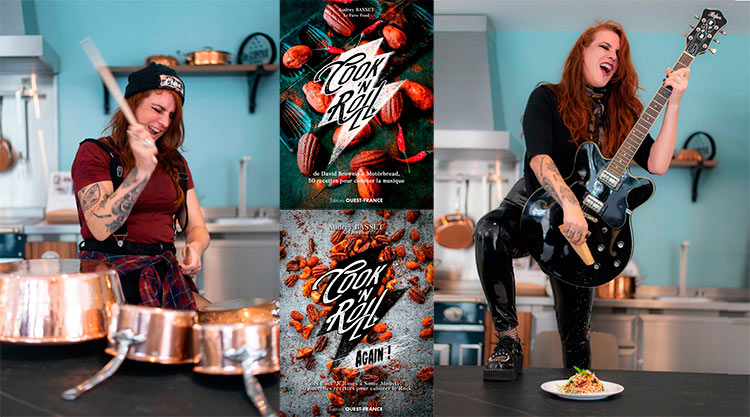 M.S: You have edited two «Cook and Roll» books, tell us how the idea of ??making them came about and what kind of recipes they have …

I published my first book Cook’n Roll, 2 years ago and the second one Cook’n Roll again last year, cookbooks with recipes inspired by many famous rock and meal bands. You can find recipes like like the Nirvanaan, Motorbread, Pop Korn or Mintallica… I make all the recipes, photographies but also illustrations by myself.

All started with some kind of jokes with friends, I started to note it and it became 2 of books with 100 recipes ! I’m really inspired by streetfood and confortfood, mostly are full vegetarian or vegan friendly but I make recipes for everyone giving all the keys to adapt with your kind of diet or food habits.

It’s not a conventional cookbook, you can keep in your library to cook someone’s favorite band recipe, discover some new ones or have fun with all the word games !

M.S: Has any musician tried any of your dishes? What was his reaction?

Yes, many French bands has laugh at the recipes and wrote me to say thank you for the fun, I don’t really know if you know all of them but the most famous is Gojira as I told earlier, I had also French metal band Mass Hysteria, or punk band Tagada Jones. Hope to have an international band one day to tell me they liked my concept ! 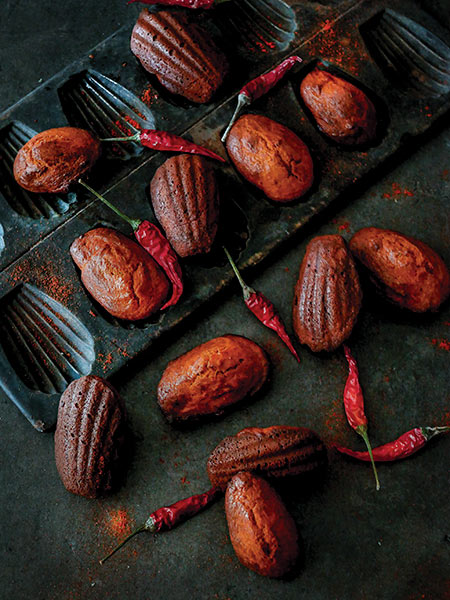 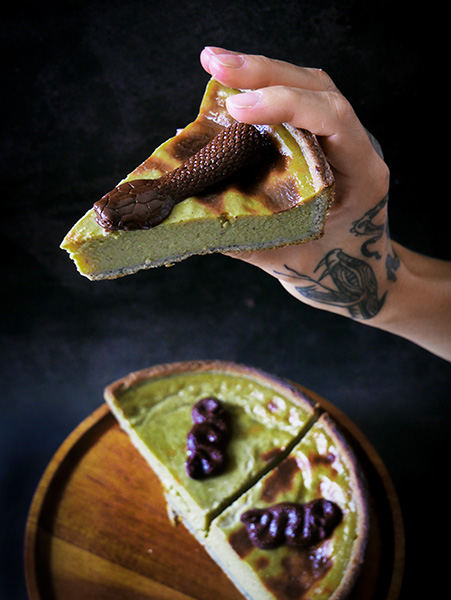 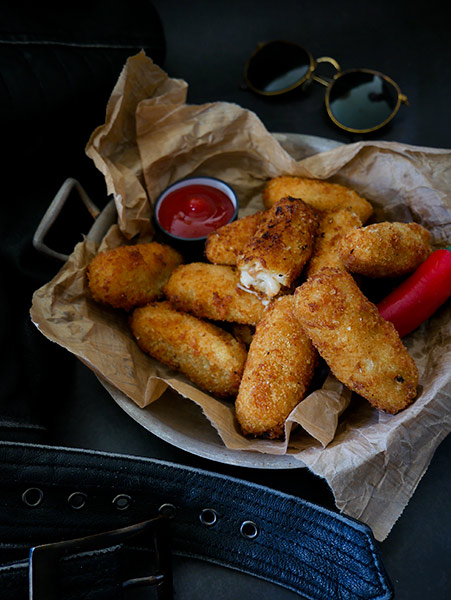 M.S: Where can you buy those books?

They’re available everywhere in France actually, librairies, booksellers or internet. I hope an English version could be translated ‘cause it’s not so easy to make translations in many languages with the words game.

M.S: Going back to Hellfest, while you were doing Hellfest from Home, the organization confirmed 4 extra days of festival reaching 7 days and more than 350 bands in total, what do you think about what they have done?

That is really amazing ! I don’t really know if it’s possible I could stay alive during 1 full week on place !!!! As you know everyone kept its place for 2 years now, here, it’s a holy grail to have 3 day pass, and to have 4 more days is incredible as a metal festival and it will be the biggest in Europe I think.

The organizers are really thankful everyone shown is loyalty to the festival during the pandemic, all the programming is just crazy ! I‘ve got lots of groups to see again as Metallica, Korn, Dropkick Murphy’s or to discover on scene as Frank Carter, Chelsea Wolfe, Zeal and Ardor, it’s will be really hard to see all of them !

It’s really a great job to make such programmation I’m really proud in France we could have such great music festival ! 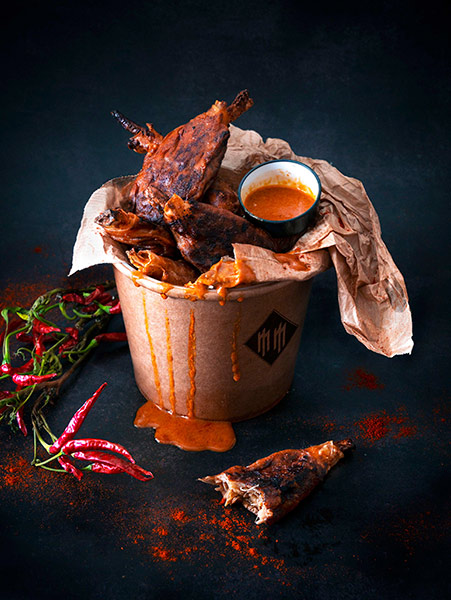 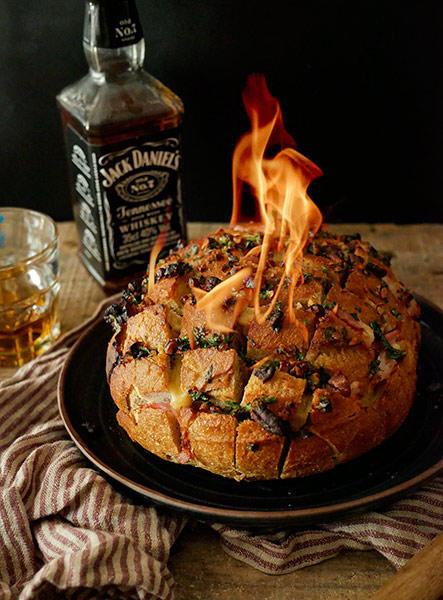 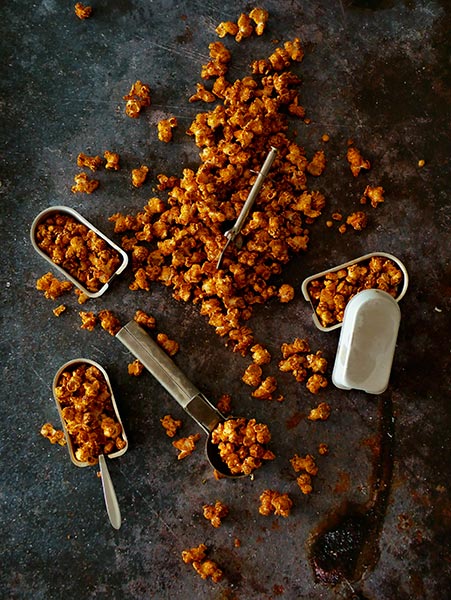 M.S: The second volume of Cook and Roll came out in 2019, will there be a third soon? Or are you thinking of editing another type of book?

Unfortunately not ! It’s like movies you know, the 3rd one is alway worst than the other, it starts to be complicated to find 50 new good recipes and words games. And it’s a great transition to talk about my new cookbook, I keep the same concept as Cook’n Roll but with Movies.

I ‘m a big fan of cinema too and I was raised with 80’s and 90’s movies as E.T, The Goonies or Idiana Jones who became classical, so I wanted to make recipes about it too. I had a lot of fun with that subject and I’m actually finishing it. It will be in libraries next autumn, hope people will like this new subject !

M.S: Thank you for your time, our questions have come this far … if you want to say goodbye to our readers now is the time … thanks again and good luck with your projects.

Thanks so much ! So if you like eating, metal, funny stuff and cinema don’t hesitate to follow me on Instagram cause I’m very active on social medias ( I translate in English as I can). And hope to see you in Hellfest !!!!