After releasing their latest «A Virtual World» through AFM, we talked with Edwin Premberg, Metalite guitarist, to tell us everything about the album and many other things about the band …

M.S: Hi , it is a pleasure that you are on our site, we hope you are well.

Hi! Always a pleasure to talk Metalite. Everything’s great! New album is out and we are feeling fantastic!

M.S: You have been a band for 5 years, How is the union of the group today?

Yeah! Time flies and it’s amazing how everything has grown and developed in the right direction. We are stunned! After the change of vocalist the band has really got together and created a good atmosphere. There’s always a positive vibe when we meet. 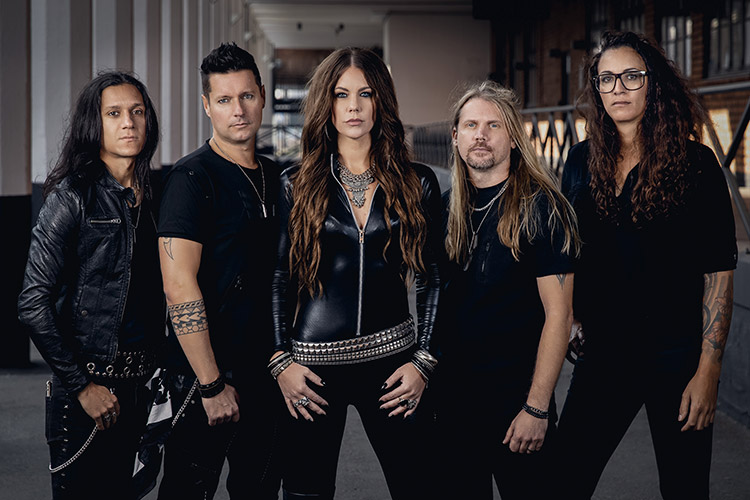 M.S: About your musical evolution, are you happy with what has been achieved over the years?

Of course! Even if we haven’t thought about it in that way the music has developed but also the process of writing, recording and even mixing and mastering to a higher level. It’s the natural thing for a band like us that always want to move further on. Striving to be the leading band in the genre. We are getting there!

M.S: How was the writing process for this album? Same as the previous ones?

I think it was the same as earlier sessions but of course there has been a change, maybe that I’m not aware of in my head but the outcome is really more advanced that the earlier albums. Of course it’s how the world and your living impacts your life, what kind of influences you have to write lyrics etc. The pandemic situation really need some positive vibes, I think we have done a great job to make uplifting and positive songs for our fans and listeners. 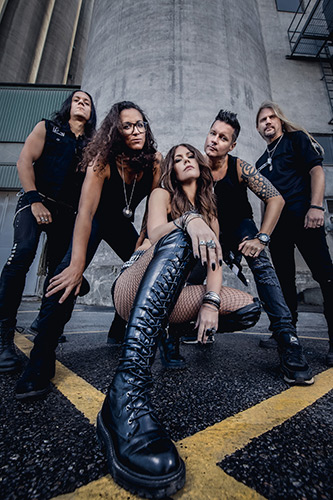 M.S: Explain us which Virtual World is that you explain to us on the album. Is it what our planet is becoming?

The virtual world I’m writing about is a world were you can be whoever you want, wherever you want to be and do whatever you want. It’s a perfect place to run to when you are feeling distressed. Everyone just need to chill and relax a little bit now and then, especially in this pandemic situation so why not visit Metalite´s Virtual World.

Our world aren’t there yet but we are on our way to get there. A lot of hi tech stuff and a lot of cool discoveries will help us to get rid of the negative things in life. Of course there is always a risk when you develop different automated robots like A.I. and stuff like that but I think to good thing are going to win over the bad ones. I´m a positive thinker and human being.

M.S: What does this album have that doesn’t have the previous ones that you have released?

This album has a fatter sound and more of everything. I wanted to create an album that was positive, like ”Heroes In Time” but also keep the mystery like the ”Biomechanicals” album which was a little darker musically. I really think that we have succeeded to create a great album that really shows improvement.

M.S: Do you think that because of not being able to go to concerts due to the pandemic, people are buying more albums to listen at home? We do not know if the income that the bands could have improved

Maybe, the bands are really suffering in this pandemic because of the income. No concerts, no money to develop and improve. Everything costs money nowadays and an album aren’t cheap to produce. Of course the income of selling records and merch are helping the bands to create more fantastic music. We really hope that people are listening more to music when they are at home but in our case we havent seen any change, our music keeps streaming anyways haha! We are really happy about the positive reactions of the album and that the statistics are going up. It helps us to plan and discuss the next album and future plans.

In this situation we all are in it’s kind of difficult to plan tours, shows and such. We have officially announced a tour in Spain/Portugal in September. We really hope that we can go there. We have talked about to do some streaming shows but we’re looking for a professional studio to help us with it. We really want the production to be top-notch if we ´re going to do it. Else, we have some acoustic stuff on the way and I have also have some ideas for the next album. That’s all I can say right now. 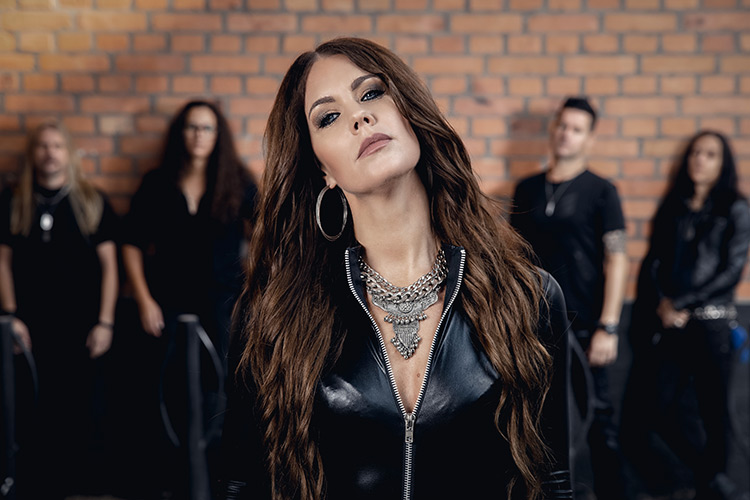 M.S: Thank you for your time, it has been a pleasure to read your stories, good luck in this 2021 and we hope that things will improve soon …

Thank you very much! We also want to thank all of our fans and listeners for all the support. If you really want to support the band, please visit our merch shop at merch.metalite.se and maybe buy some of our stuff. In these times every band needs support. Love you all!