Chez Kane surprised us with her eighties debut released by Frontiers Music a few days ago. We spoke with her to get to know her a little more and find out more about this project that transports us to the hard rock of the 80’s. This is what he tells us …

Hey, and thank you so much for inviting me to do the interview! Yes, I am safe and well thank you.

M.S: To get to know about your band a little more, tell us how the idea of creating the band … your musical style, etc…

It all began with Danny Rexon, frontman of Crazy Lixx. He was searching for a singer to fit the idea he had to launch a new female rocker with the feel of the late 80s, early 90s. He came across one of my YouTube videos and went on to message me to ask if I wanted to demo some tracks for it. I fell in love with rock music because of this 80s/90s style and I knew it was the right project for me, so I said YES PLEASE. Haha!
Before I was asked to do this project, I have been in a band that is fronted by me and my sisters for many years, we are a band called Kane’d and we have more of a modern rock style.

M.S: This album is released through Frontiers Music, we imagine that you are happy working with FM, right?

Oh yes, it’s so surreal! FM are a fantastic band and I’m also playing a festival with them later this year! I am very excited as you can imagine. 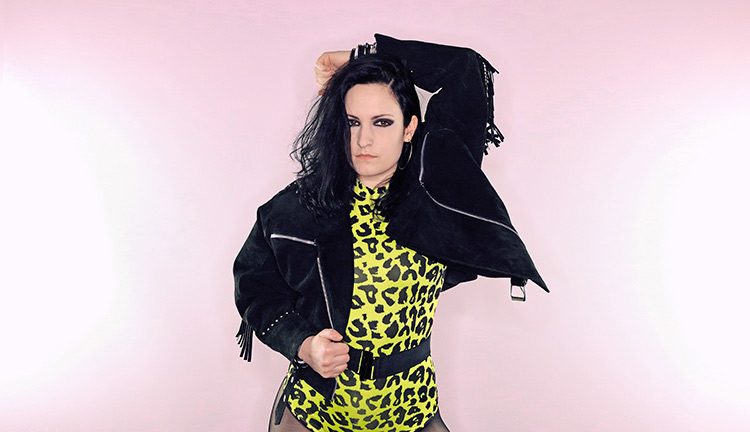 M.S: What feedback did you get from the album? Due to its good quality we have seen different very good opinions for returning the sound of the 80s to an album …

The feedback has been absolutely amazing. When we started making this album, I didn’t know how people would react to bringing that late 80s, early 90s feel back today, but it has been mind blowing! I’ve had so many messages and comments on social media about how much people are enjoying the album and all of the reviews so far have been so great! I am really pleased with the response. I feel the album is picking up everyone’s spirits through the tough times we are currently living in.

M.S: I imagine the answer but … will there be a second album?

I really hope so as I would love to do a second album! I feel like this will happen!

M.S: One of your clearest influences is Janet Gardner from Vixen, do you agree? What would your other influences be?

I have had many lovely comments saying that I sound influenced by the amazing Janet, but my first female rock influences were Pat Benatar and Robin Beck. I then went on to discover Vixen. So there will definitely be a mix of these influences coming through for sure. 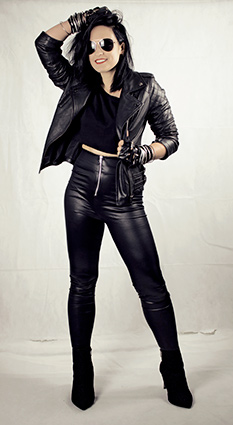 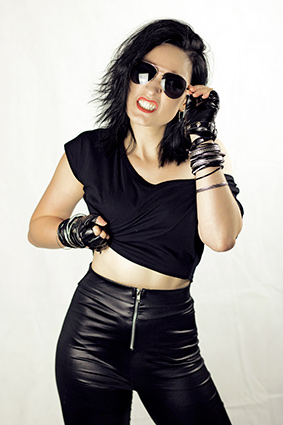 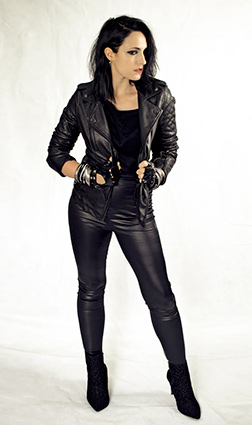 M.S: What does this album bring to the hard rock scene?

I feel it brings a fresh approach to that infectious late 80s, early 90s feel that we all feel is lacking on the scene today! I didn’t live through the 80s but everyone I spoke to that did live through that time has said it was an amazing time for music and it was so much fun… so I’m here to help bring it back!

If I could, I would be out on the road right now promoting the album. The pandemic has made it difficult but I believe that the moment I am able to, I will be doing some shows!
I don’t think I’ll be doing any streaming sets online because the first time I perform this music live, I want to enjoy the feeling of stepping on to a stage!

M.S:Thank you for your time, it has been a pleasure to have you here, we wish you good luck with your album and we hope to see you soon on stage

Thank you so much! 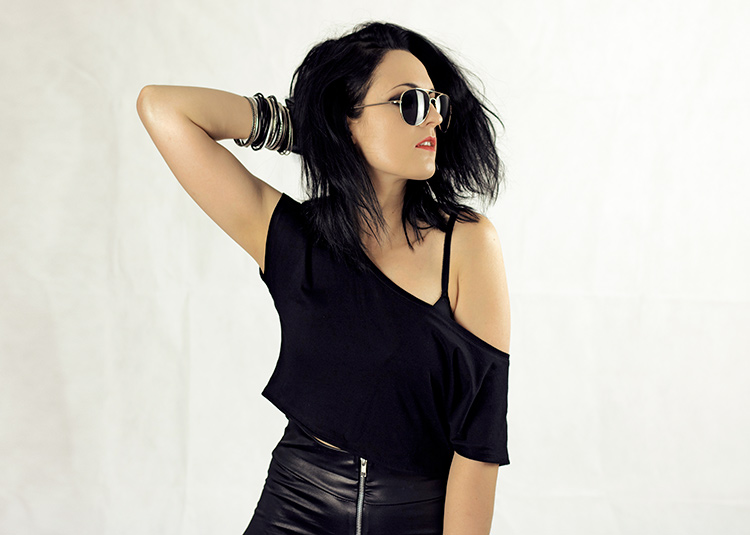