Like all symphonic albums, «Gods of Debauchery» is the most impressive album by Seven Spires along with an excellent vocal work by Adrienne Cowan (Avantasia). To find out more about the release and the band, we spoke with his guitarist Jack about all that and more … These are his statements …

M.S: Thank you for your time, it is a pleasure to talk with you

M.S: «Gods of Debauchery» came out a few weeks ago, what feedback do you get from the press and your fans?

J: The reception has been fantastic so far. Speaking of that title track, we wanted to release something riffier, darker, and heavier, and I think that song is an excellent example of the overall vibe of the album. Of course it’s quite a diverse one musically, as we like to do, but this more technical and darker approach was important for us to nail!

M.S: In case there is someone who does not know you yet, Where does the name of the band come from?

J: We’ve tried to come up with a good story for answering this question. Perhaps Seven Spires for each of the seven deadly sins? Seven Spires adorn the gates of Hell? In reality though, we had a list of names early on that we thought about for a while, and that was the name that seemed to fit best and sucked the least. Sorry to anyone expecting a more exciting answer! 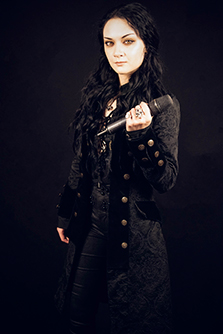 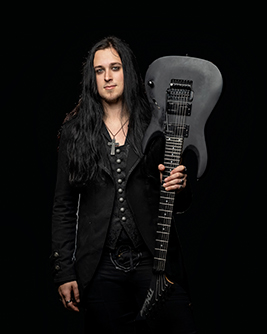 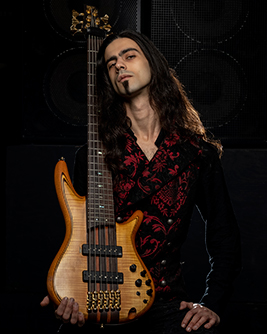 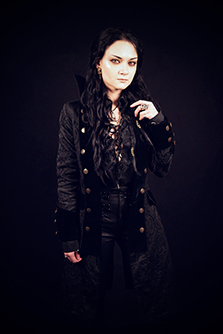 M.S: How does a symphonic black metal band feel working with a label like Frontiers Music?

J: I definitely would not say that we are a symphonic black metal band, even though we do use a lot of black metal elements in our writing. We also do a lot of power metal influenced songs, or ballads, and enough mixing of clean and extreme vocal styles that I think it’d be pretty unfair to actual black metal bands to label us as such. That said, working with Frontiers has been a smooth experience.

We all care a lot about every aspect of this band, including marketing language, text descriptions for youtube videos, press releases, etc, and because of this it can be easy to create situations where there might be friction or annoyance between parties.

The folks at the label realize though that it’s this level of care that drives us to be picky about things, and they also have been committed to doing the best they can to help our releases with them to be successful. It’s much better than having a silent partner in this day and age I think 🙂

M.S: How was the writing process for this album? Same as the previous ones?

J: The process was similar in that we don’t really have a set process from song to song, or album to album. Some songs maybe start as a lyric and a drum groove, some as piano and vocals only, or some as a guitar riff and string line.

On the other hand, we had touring plans for all of 2020, and we played the first show of our tour with Insomnium and Omnium Gatherum before everything shut down over here in the US.

In order to make the best of the lockdown, I went to Texas with Adrienne and we holed up at her house for well over 6 months working on this album every day. It’s a shame the touring was cancelled, but it created an environment that made this album possible, and I think it’s something all four of us are incredibly proud of!

M.S: Is it your most ambitious album to date? How is it different from the other 2?

J: I would say it is our most ambitious, yes. If nothing else, it’s the MOST album we’ve ever done haha. 16 tracks, over 70 minutes, and at least in my opinion, every song is different than the last. I think we try to keep things pretty diverse between songs, mainly because what we’re most interested in portraying in our music is human emotion, the full spectrum of which is a vast topic.

As far as differences between the other two, this is the third installment in a conceptual trilogy started by our debut album, Solveig, and it concludes the story we’ve been working on since then. Overall it’s a bit heavier and darker, but the lighter parts are lighter for us too.

We were able to push ourselves harder technically than ever before as well, as we all have music degrees and are passionate about improving on our individual instruments as crafts. Certainly I think there’s at least a song or two from this album for everyone, and hopefully it’s enjoyed as a whole album too! 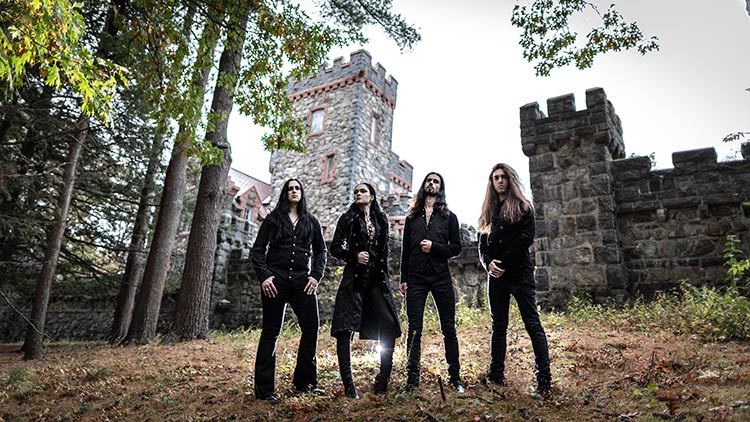 M.S: We suppose it involves more vocal work for Adrienne in SS than in Avantasia, right? How does she prepare the songs for SS?

J: I think I can confidently speak on her behalf and say absolutely yes haha. When she’s singing with Avantasia, she’s there to do a specific job and fill a specific role, and doing that is quite different to fronting a band the entire time.

I’m sure Tobias Sammet feels the same way about Avantasia as his own band that Adrienne does here with Spires. Our music has been described as a vocal triathlon, basically because she’s constantly switching between soft cleans, belting, growls/screams, and everything in between to fit the lyrics and music best, and all of this at a high technical level. In preparing, I know she practices for ages to be able to nail every part of every song on every night of a tour.

M.S: Have you done a concert? If so, what do those songs sound like live?

J: We haven’t done a concert since March 2020, which is something all of us are sad about every day. We can’t wait to play live again and perform for actual people again. When we’re recording though, we tried to make the album sound as much as possible like we sound playing live together.

We’ve done some rehearsals with the new material and it’s been awesome, and hopefully that’s the consensus when we get back to a stage!

M.S: Thank you for your time, it has been a pleasure to have you here, we wish you good luck with your album and we hope to see you soon on stage

J: Likewise, and thank you for the well wishes. As I said above, we’re absolutely dying to get back to performing live, and looking forward to meeting everyone reading this very soon!