Interview with Jake E.Lee about «Amaranthe» promo, their last shows and much more…

M.S: Hi, thank you for answering our questions. How are you?

Jake: Thank you! All fine here. Right now we’re in the tour bus towards Finland. Gonna do our first four headline shows there this week which I’m really looking forward to.

M.S: What are your impressions about the Spanish audience after your concerts in here with Hammerfall? How was the tour?

Jake: It’s always a pleasure to come back to Spain. The crowd is energetic and you always feel welcome. The tour in general was fantastic. We met some troubles along the way, like a broken bus which forced us to cancel one show in Buckarest and some other minor setbacks, but besides that we had a blast and we had a great time with all of the bands on the tour. 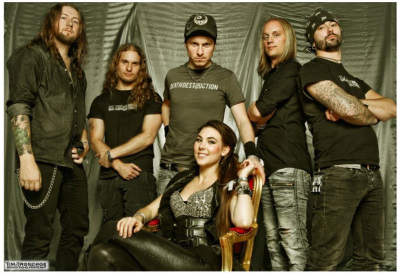 M.S: Can you tell us more about why Andy wasn’t able to make it for some part of the European Tour?

Jake: He just had to go home to take care of some personal business. Nothing stranger than that. We called in Richard from The Unguided and he did a tremendous job!!

M.S: One could say that with everything you’ve achieved, you confirm your status as a big band… festivals, big tours, tons of views of your vids on youtube, and all these done with a style different from the one of your previous bands, can you tell us how do you see this «Amaranthe’s revolution»?

Jake: It’s a big privilege to finally be able to live out the dreams you’ve had since you grew up with pictures of big bands on your wall. Not saying that we have the same status as any of them. But it’s a strange feeling to all of a sudden stand on the same stage as Limp Bizkit and drink beer with Fred Durst. The first year was like taken from a dream. 80 gigs in Europe Japan and even Africa!! It’s a weird feeling when you realize that we’ve done stuff in a year that a normal man wouldn’t do in a life time. 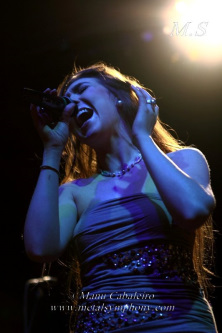 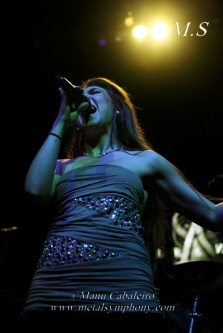 M.S: We could see the great work of Patric Ullaeus when he worked with the Spanish band Ankor a few months ago, the production, the recordings of videoclips… I imagine you’re happy with the results, as you have recorded twice with him by now… Hunger’s over a million watchings by now, did you expect this response of the audience?

Jake: That man is a genius! Enough said 🙂 Me personally had no expectation’s what so ever. When it reached a couple of hundred thousand views in just a couple of days I was asking myself what the fuck happened here hahaha.

M.S: Nowadays, would you say that having women in a metal band leaves you in a second place concerning the rest of the bands in the metal scene? I mean, in the rest of the metal festivals you can find only 2 or 3 women fronted bands. Do you consider MFVF as a good way for bands like yours to have the chance to play in big venues?

Jake: To start with we’re not a female FRONTED band. We’re a metal band that happens to have a girl in the line-up. What makes us different is that we have three led singers and MFVF was a great show but we’ve played both bigger and smaller gigs after that. 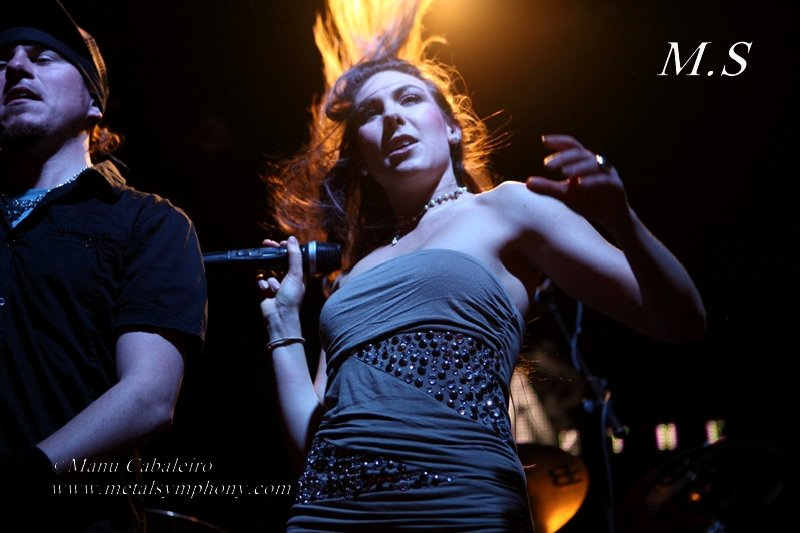 Jake: It was fantastic. The tour before that both me and Elize did double shifts and from my perspective I’d say that I had no problems at all. It’s a great way to pratice your voice for long shows and in the end I felt that it made me a better singer.

M.S: Something that must be impressive about you shows is seeing too many people on stage, does it imply more work than normal for the whole band to be coordinated?

Jake: That’s a question you should ask Slipknot or Therion 🙂 We’re 5 guys in the front and I see no problem of coordinating that:-) 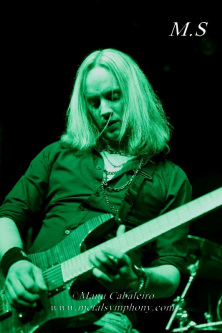 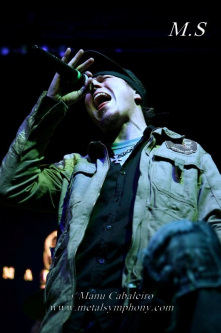 M.S: Maybe that’s why you don’t have another Rythm Guitar hehe, or maybe you consider it not necessary to Amaranthe’s sound…

Jake: Well it would be awesome to have another guitar player same as it would be fantastic to have a full orchestra. Who knows someday one of this dreams might come true!

M.S: Taking into account that part of the song on your album came from the EP, will there be a second Amaranthe’s album soon?

Jake: Who knows?. 2012 is when the earth is suposed to go under right! I don’t really know the date but if we manage to finish the new album before that. Yes then it will be another album. 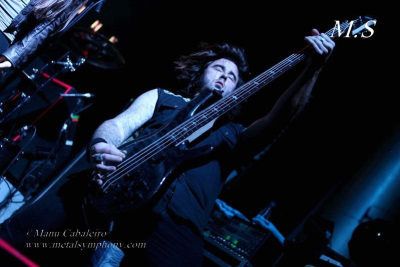 M.S: For 2012, which are your more immediate projects?

Jake: We have a lot of shows and festivals booked and the highlight so far is of course Wacken. I’ve played there once before with Kamelot and it’s fucking fantastic! Other than that we will start working in some new songs etc. But so far when I look in the calender 2012 will be as busy as last year.

Jake: Thank you! And hope to see you out there! 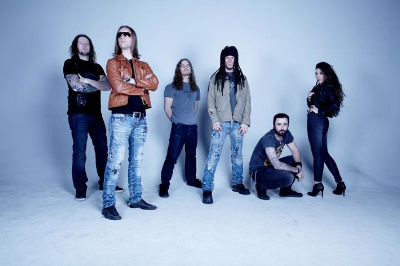