Interview with Work of Art

M.S: Hello guys, how are you? Prior to start with the interview, I personally would like to thank you all for the time dedicated to Metal Symphony, it is an honour for us that you are here again. Apart from this, I also would like to congratulate you about the punctuation you reached with your new work “In Progress”. At Metal Symphony it got the highest level, 10 out of 10, a real Melodic Rock masterpiece. What about the reviews from the rest of the specialized press?

Wow, thank you so much for that amazing review:) And I’m happy to say that «In Progress» have gotten great reviews, not only from the specialized press but even outside the melodic rock/AOR press which is kind of unusual and hopefully helps getting more people to discover not only WOA, but melodic rock in general. Lot’s of great music is coming from this scene right now! 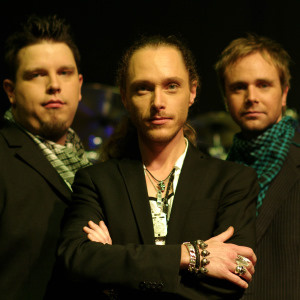 M.S: Undoubtedly, “In Progress” shows a very high level regarding the writing and the production, in comparison with “Artwork”. Do you think that those are the two main differences regarding the debut?

Oh, absolutely, we wanted to take WOA to the next level with this record and we worked really hard to make sure that we played, wrote and produced the best we possibly could. A lot of «blood, sweat & tears» went into making this album.

M.S: If we take some time to analyze the album, we realize how the name itself that entitles it already shows the word “musical progress”. Is this one of the most important contexts of “In Progress”?

I think this band have developed and have been in a constant «musical progress» ever since the first record. We probably learned more the last couple of years than we ever did before and I believe we are still in development and will get even better, hence the name «In progress». 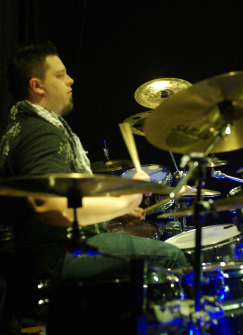 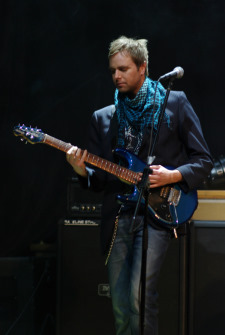 M.S: I think that this new work also brings us a wide variety of sounds. Besides having tracks that remind us to the previous album, as for example “The Rain”, related to “Why Do I?”, we can also find cuts that show a new atmosphere as for example in “Nature Of The Game”. Did you want to take a further step in the traditional sound of the most traditional AOR?

I always try to push the traditional AOR sound a little bit further by sneaking in some different elements in our songs. Just to try to keep it somewhat fresh! «Nature Of The Game» is a perfect example of that, if you listen closely on the verses, you can actually hear and african «Kalimba» sound floating round in the mix. But hey, maybe even that is not that unique because after all, it’s very TOTOish haha Oh well…..

M.S: Another track which shocked me the most in the first hearing was “Eye Of The Storm”, a mid-tempo song where we can find rhythm shifts, but with an important story behind, if I am right. Could you explain to our readers the background of this cut?

I came up with the verse idea for that song when I was taking a break while recording the guitar solos for «Artwork». The idea stuck with me and add the intro which was an even older idea. When it was time to write for «In progress» I add the bridge and chorus and that was it! The lyrics was probably the last ones I wrote for In progress and it deals we the subject of getting left behind or getting let down by someone that are so cold and calculated that they couldn’t care less if they’re hurting you.

M.S: In this new work, we can find songs with important roots from great bands of the genre, such as TOTO or JOURNEY, like “One Step Away”. Is any of these one of your favourite Melodic Rock bands?

Oh yeah, TOTO is THE melodic rock band for me. I totally love Journey but I didn’t listened to them while growing up, I discovered them way later.

M.S: We really have to mention the album’s crown jewel, “Emelie”. It is an authentic luxury composition, which really liked to all the followers of the band. How was the making of this cut?

I wrote the first draft for that song for the WET album. Erik was’ny into the verses but liked the chorus but we left the songs because in the end, it was very un WET sounding. Then I presented the song for Lars who loved everything BUT the chorus haha. So I wrote a new chorus and and added the instrumental section (which is one of my favorite moments on the new album) and, there you go! 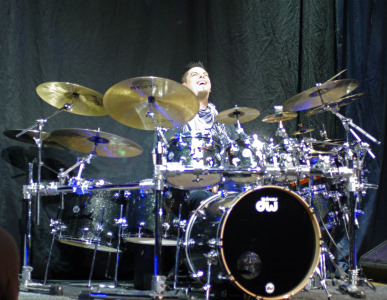 M.S: In your debut, you already included tracks with women’s names, as “Maria” or “Camelia”. Why do you have this kind of obsession?

Well, we love women, obviously and also, using a name usually give you such a strong hook. People usually remember those hooks very well which of course is a good thing!

M.S: The truth is… I personally think that “In Progress” goes even further than the traditional and lifelong AOR. In this album there are a lot of musical elements which transform it into such a great work in the world of ROCK. Why did we have to wait three years to listen to this masterpiece?

Like I said earlier, we took our time making sure that this album was as good as it should be. We ran into a lot of different problems during the recordings but, I think in the end, we pulled through and it made the albums even stronger. Then, after finally completing it, Frontiers Records sat on the record for almost one year because they wanted to make sure that the album was released at the absolute best time. 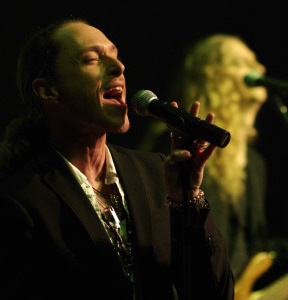 M.S: Ending up with this little review of your album and focusing on your live show, I have to tell you that one of the most awaiting shows, in the beginning of this year, is the one to be held in Madrid, 21st January. It is a show that Melodic Rock fans are counting down the days for it to arrive. What can Spanish fans find next 21st January?

Well, of course a lot of songs from the new album as well as some favorites from «Artwork» and….a few surprises as well;)

M.S: It is obvious that Work Of Art is a band that possesses a lot of musical elements which really are studio made. How do you manage to adapt these characteristics of your music to a live show?

Well, this is new for us and it’s HARD but, we’ve tried to pick out the most important parts in our songs and focus on them. After all live is live, and it’s gonna work out great. Really looking forward to it!

M.S: Nowadays, I think that Melodic Rock is “re-evolving” in any way, thanks to bands as Work Of Art. Which other bands do you follow right now? Going back to the next show, I have to say that having a great expectation, due to your concert the next 21st January in Madrid, how do you think Spanish fans will be?

Unfortunately, I find it hard to find the time to check out all the new bands as much as I would love to but, I’m looking forward hearing Dynasty opening up for us and I expect the Spanish fans to be very passionate. Spain is one of the countries that we have a lot of fans so it feels SO good making or European live debut in you country:)

M.S: And going back to the heart of the band, Work Of Art have two studio records which are really amazing. What is the immediate future? I think that with “In Progress” you have already got a very deeply-rooted loud personality. Where would you like to go with your personal sound?

We’ll see, we take one album at the time. If we do a third album, I would love to dig deeper and expand our sound even further. Bringing in even more oustide elements than we did but still, of course, make it all come together in the classic AOR format. 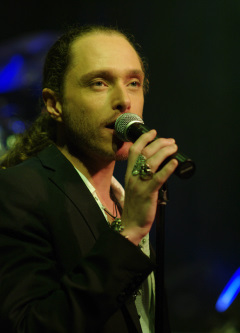 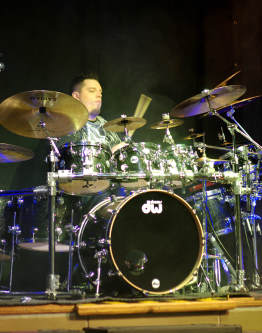 M.S: Well, I think that’s about it. I would like to thank you all, again, for your collaboration with Metal Symphony. We will see you next 21st January in Madrid. Would you like to say something to our readers?

Thank you so much melodic rock fans for supporting us, liking our new album and maybe most importantly, making us feeling right at home before even arriving in Madrid:) Can’t wait to see you all!!!